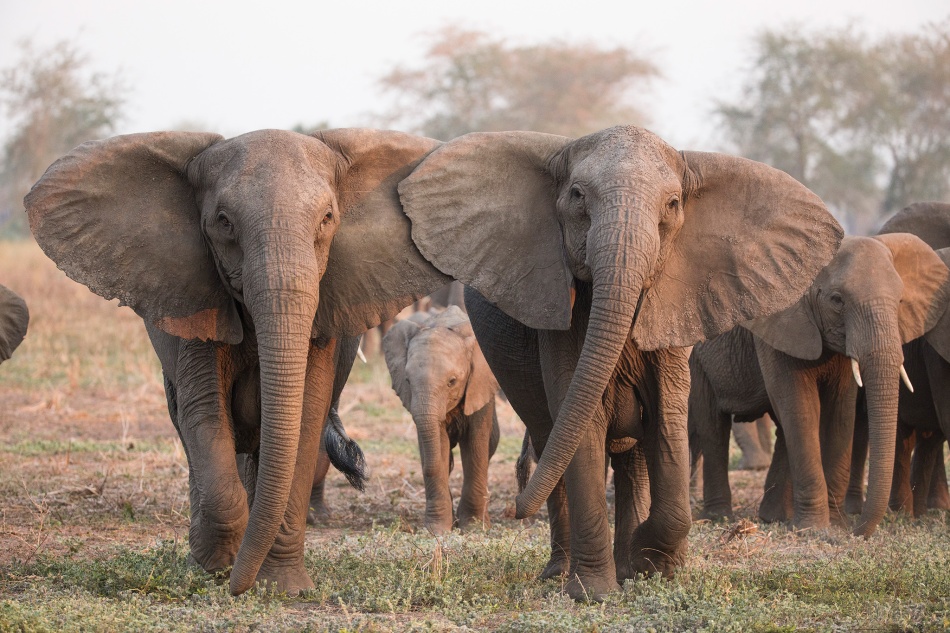 African elephants have been killed relentlessly for centuries for their ivory tusks, giving elephants that do not grow tusks a biological advantage. Poachers focus on elephants with tusks and spare those without, so the gene pool of the remaining elephants has changed. The selective poaching has changed the genetic diversity and appearance of now living elephants.

Tuskless animals are more common now, and in those elephants who still have tusks, the average size of their tusks has decreased. The killing of elephants for ivory for centuries has resulted in the ‘big tusk gene’ becoming increasingly rare. “Big tusker” elephants, so called because of their huge tusks that each weigh in excess of 50kg and reach almost to the ground, have become very rare. Experts believe there are fewer than 20 of these elephants left.

Photographer Will Burrard-Lucas spent months photographing these big tusker elephants. His series of portraits are captured in his book, Land of Giants

The change in appearance is not only a cosmetic one. Tusks are used for defense, offense, digging, lifting objects, gathering food, and stripping bark to eat from trees. They also protect the sensitive trunk, which is tucked between them when the elephant charges. In times of drought, elephants dig water holes in dry riverbeds by using their tusks, feet, and trunks.

0 comments on “Changing bodies. African elephants are evolving to be tuskless because of poaching”