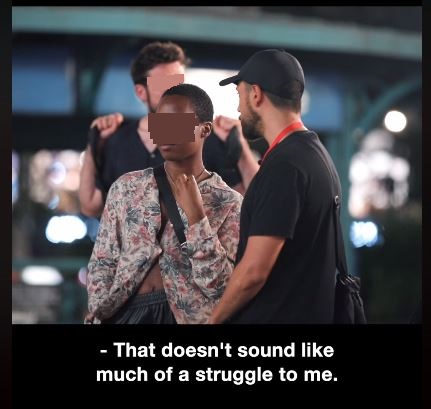 #ableism in the #animalrights movement

This is what you DON’T say to someone who says they are struggling with depression.
➡️➡️ “That doesn’t sound like much of a struggle to me”. ⬅️⬅️

Paul Bashir of ‘Anonymous for the Voiceless’ during street outreach.
The clip was proudly posted on the facebook page of AV here.

How could this have been handled better?

The Netherlands: Disability and sexual orientation have been added to the constitution as grounds on which may not be discriminated.
They may be late, but they are now acknowledging it and plan to do better! 👍
Appreciation post, especially for my fellow disabled and chronically ill activists💚
The World Health Organization is inviting the public to propose new names for monkeypox after weeks of criticism that the name has racist connotations and generates stigma.
🌿*Chronically ill vegan* 🌿
➡️➡️ Interconnected oppressions.