Ableism sometimes comes in more subtle forms.
Animal rights and environmental activists are eagerly depicted as ‘lunies’, ‘crazy’ or ‘mad’ to discredit them and their message. 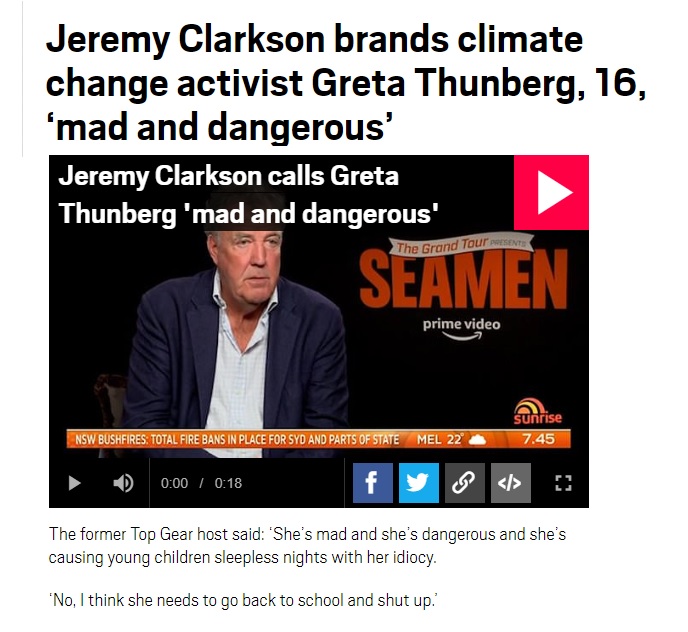 [ID: photo from interview with Jeremy Clarkson and title of article. Text under photo: “The former Top Gear host said: ‘She’s mad and she’s dangerous and she’s causing young children sleepless nights with her idiocy. ‘No, I think she needs to go back to school and shut up.’]

0 comments on “‘she’s mad and dangerous’”